The Four Houses at Veritas Academy

The house system is not an innovative new thing that we thought up, nor did it start with Harry Potter. This has been done in English schools for centuries and is currently a thriving part of classical schools across the United States and even in Ivy League schools like Harvard and Yale. Though it seems to be a divisive element at first glance (dividing our one school into four houses), it has proven to be a unifying element of our school.

The house system is an on-going competition within the school that builds community, breaks down cliques, provides every student an instant place of belonging, and is just plain old fun. Since houses are not grade-specific, they also serve to increase the interaction between students of different grades.

Each house sends members to two different leadership bodies within the Student Congress. The two leadership bodies are Ambassadors and House Leaders. One underclassman from each house is appointed to serve on each of the following Ambassador teams: the Events Team, the Ministry Coordinators, the Service Team, and the Spirit Team. Three seniors from each house are elected to House Leadership, serving as the house Reliquarian, Baron, and Prefect. Ask a StuCon ambassador at the next Open House what serving in this capacity looks like!

The House of St. Augustine of Hippo, commonly known as the Augustinian House, values friendship, humility, and honesty.
Colors | Fire (red) - a symbol of courage; Ash (gray) - a phoenix rises from the ashes, also symbolizes humility.
Animal | The phoenix is symbolic of hope, rebirth, and renewal, a process central in the figure of Aurelius Augustinus.
Cross | The coptic cross was common in the region of North Africa where St. Augustine lived.
Coat of Arms | The coat of arms is a phoenix displayed on a shield divided per pale under the coptic cross.
Major Victories

The House of Bonhoeffer

The House of Dietrich Bonhoeffer, commonly known as the House of Bonhoeffer, values courage, fellowship, and sacrifice.
Colors | Thistle (Purple) - the color stands for justice, the flower for standing up for what is right; Bone (Cream) - the color stands for unity, bone reminds us of our mortality.
Animal | The gryphon signifies strength, vigilance, and endurance.
Cross | The patriarchal cross is much like the typical Christian cross, however it has an extra horizontal beam.  This extra beam represents the balance of justice.

Coat of Arms | The coat of arms is a gryphon rampant on a quartered field under the patriarchal cross.

The House of Saint Francis of Assisi, commonly known as the Franciscan House, values purity, integrity, and compassion
Colors | Sky (Light Blue) - symbolizes peace and purity; Earth (Brown) - symbolizes simplicity and the willingness to meet the needs of others through charity.
Animal | The wolf, a known consort of Francis, is symbolic of the rewards of perserverance, prudence, and justice.
Cross | The tau was the personal cross and signature of Saint Francis. The Greek letter was a common symbol of the crucifix.
Coat of Arms | The coat of arms is a wolf statant on a checkered field under the tau.
Major Victories

The House of Müller

The House of George Müller, commonly known as the House of Müller, values faith, charity, and mercy.
Colors | Forrest (Green) - symbolizes generosity; Gold (Yellow) - symbolizes hope.
Animal | The stag is symbolic of one who loves fortitude, temperance, and peace, but is deadly if provoked.
Cross | The chi rho is formed by superimposing the first two greek capital letters of Christ's name.  The cross was used throughout history as a mark of Christian faith, and most notably on signet rings found in Britain, the location of George Müller's orphanages.
Coat of Arms | The coat of arms is a stag at bay on a paly of five, under the chi rho. The Academic and College Advising program seeks to support Veritas families and their students as they prepare for higher education. Head to the College Advising page to view our School Profile, acceptances & matriculation information, and more! 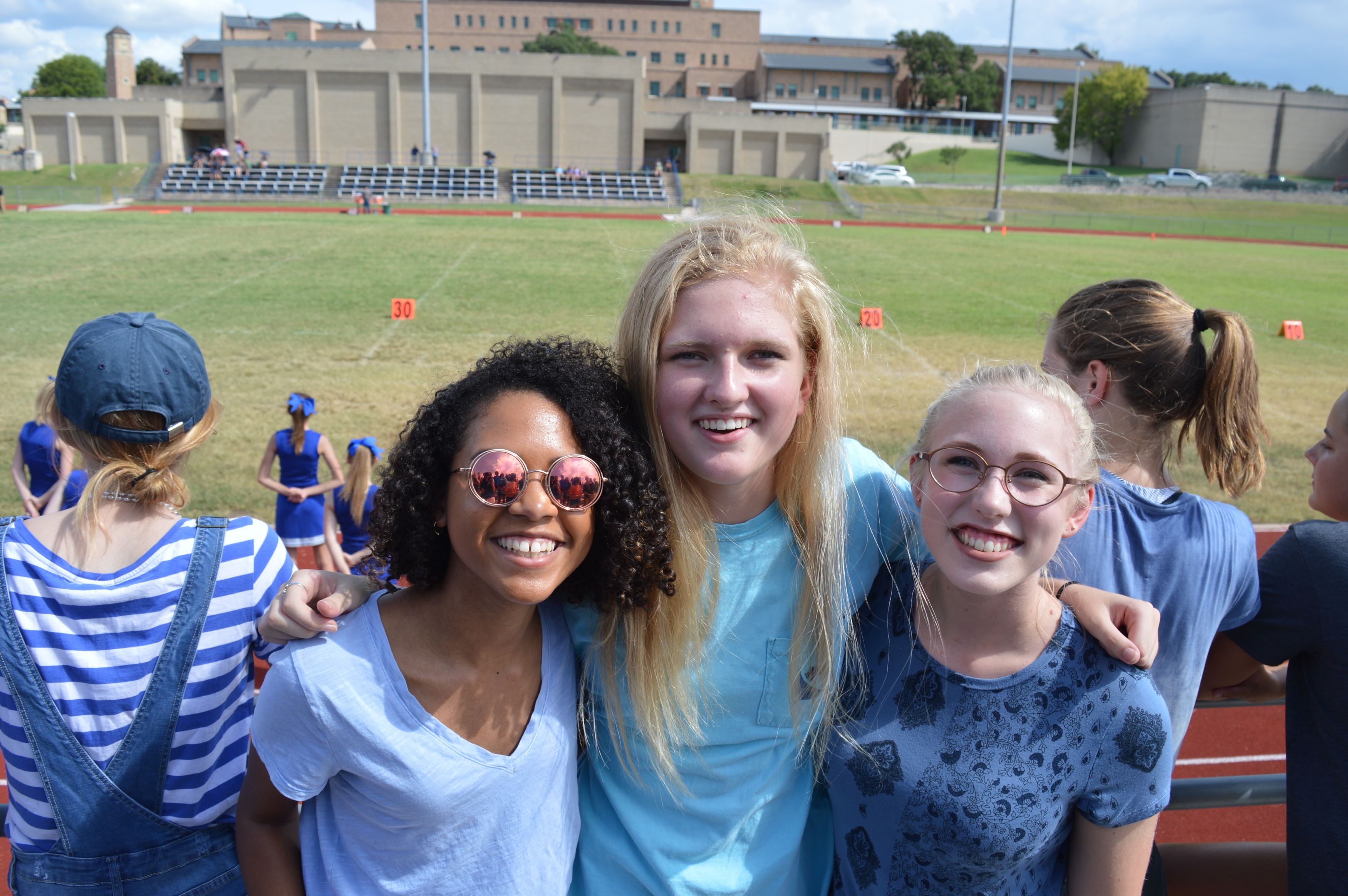 You've become familiar with Veritas beyond the classroom, so we now invite you to consider what life beyond Veritas itself can be! Take a look at photos from our Homecoming football games and hear directly from some of our wonderful alumni. 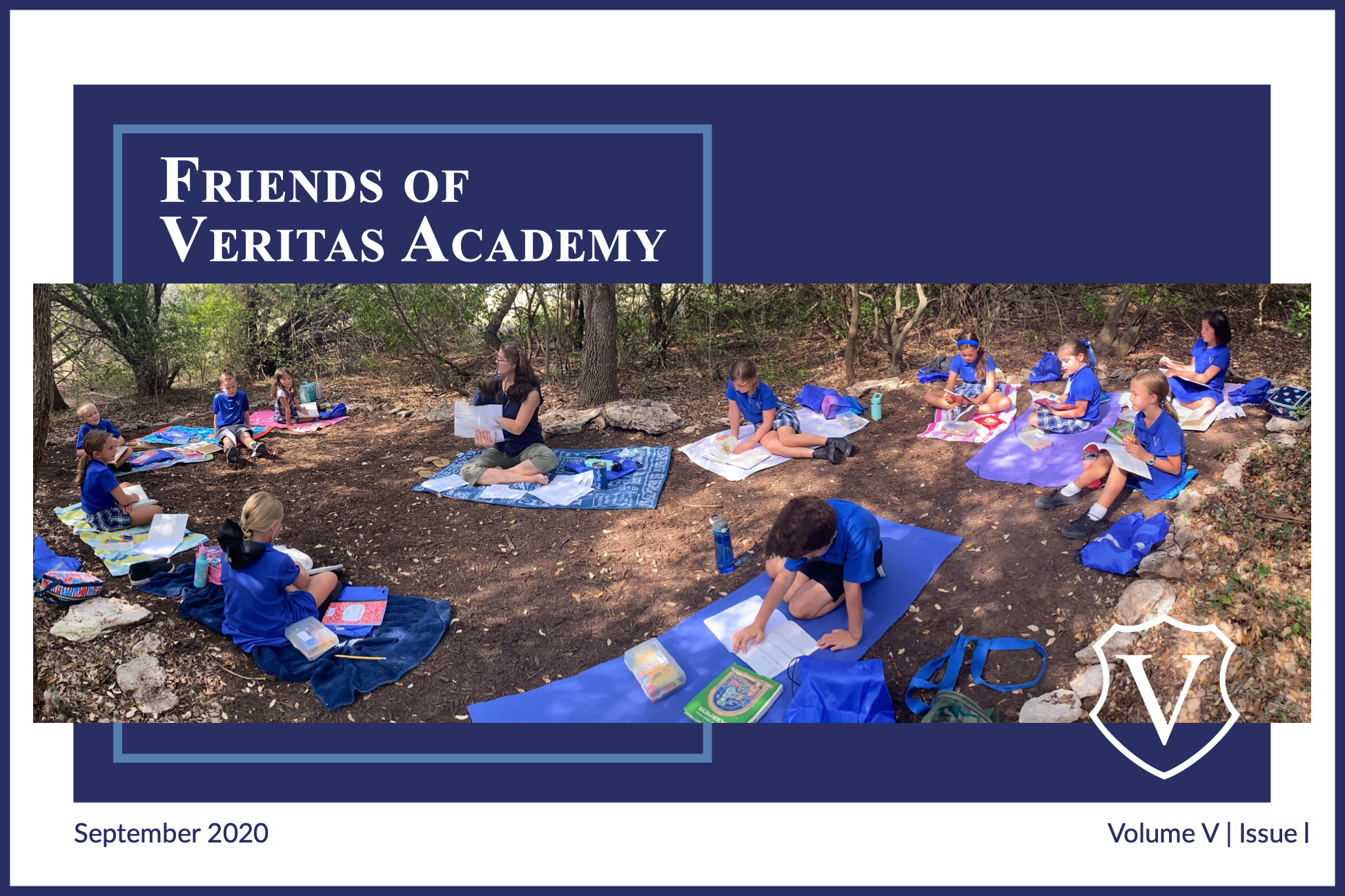 The Friends of Veritas Newsletter is our quarterly update that is sent to grandparents, alumni, and other friends of Veritas. With highlights and spotlights from around campus, it's a great read to learn more about our Defender community!